Naval Academy graduate, Navy helicopter pilot, former federal prosecutor, and a wife and a mother of four – Mikie Sherrill proudly serves New Jersey’s 11th Congressional District and is running for re-election to lower the cost of living for northern New Jersey families, protect our national security, honor and defend our military veterans and families, and promote the kind of national unity that makes our country and communities strong.

After graduating from the United States Naval Academy in 1994, Mikie spent almost 10 years on active duty in the United States Navy. As a Sea King Helicopter pilot, she flew missions throughout Europe and the Middle East. She worked on the Battle Watch Floor in the European Theater during the Iraq invasion and served as a Flag Aide to the Deputy Commander of the U.S. Atlantic Fleet.

After leaving the Navy in 2003, Mikie attended and graduated from law school. She worked in private practice and eventually joined the U.S. Attorney’s Office in New Jersey. As an Outreach and Reentry Coordinator, Mikie established programs to develop trust between law enforcement and the communities they serve and helped people leaving prison to gain employment, housing, and education in order to restart their lives. As an Assistant U.S. Attorney, Mikie prosecuted federal cases, advised law enforcement on investigations, and worked to take illegal guns off the streets of New Jersey.

In her first-ever run for public office, Mikie won election to the U.S. House of Representatives in 2018. As a mother raising four children in New Jersey, she is a strong voice in Congress for New Jersey’s families. She has authored over 20 pieces of bipartisan legislation to fight the state and local tax (SALT) deduction cap to cut taxes for New Jersey homeowners, improve our healthcare system, strengthen our national security, support our veterans, and improve the lives of working families. Recently, her PAWS for Veterans Therapy Act was signed into law. This law helps make life-changing and saving therapy service dogs more accessible to our veterans suffering from PTSD.

Mikie serves on the Armed Services Committee, where she has worked to ensure Picatinny Arsenal has the resources necessary to continue its cutting-edge research and innovation that keeps our service members safe. She also serves on the Science, Space, and Technology Committee, where she pushed for more federal support to address harmful algal blooms at Lake Hopatcong and Superfund remediation in NJ-11. As a member of the Education and Labor Committee, Mikie is committed to boosting job growth in our state through educational programs, including vocational and technical training, so we can better support the next generation of workers.

Mikie holds a Bachelor’s degree from the United States Naval Academy, a Master’s degree in Global History from the London School of Economics and Political Science, and a law degree from Georgetown University. Mikie and her husband Jason, a fellow Naval Academy graduate, live in Montclair, New Jersey, where they are raising their four children ages 16, 14, 12, and 9. 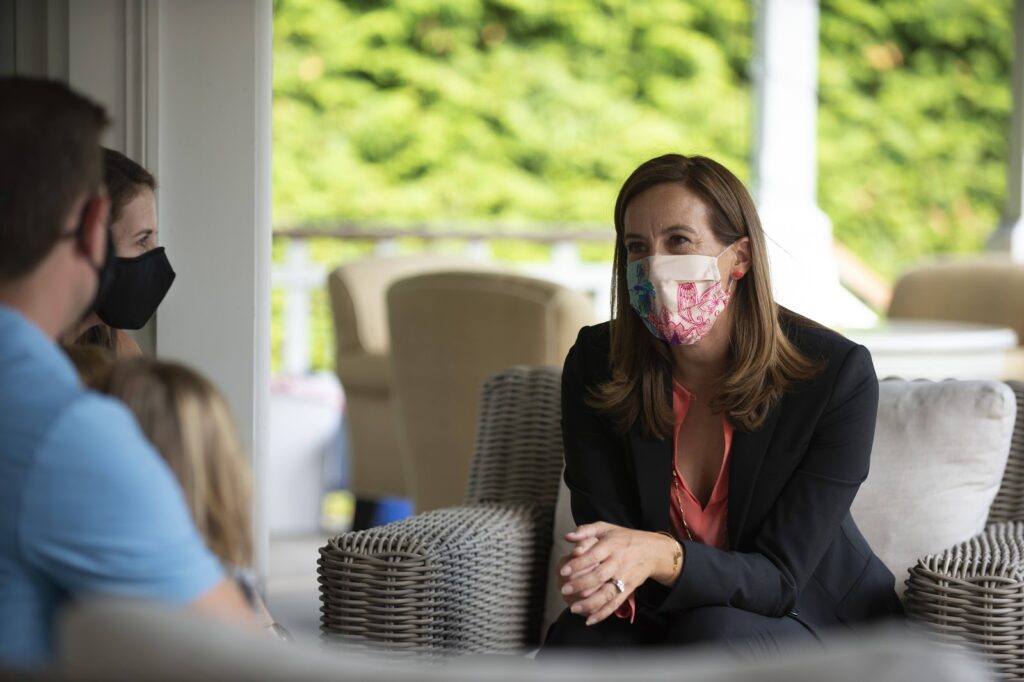 Paid for by Mikie Sherrill for Congress